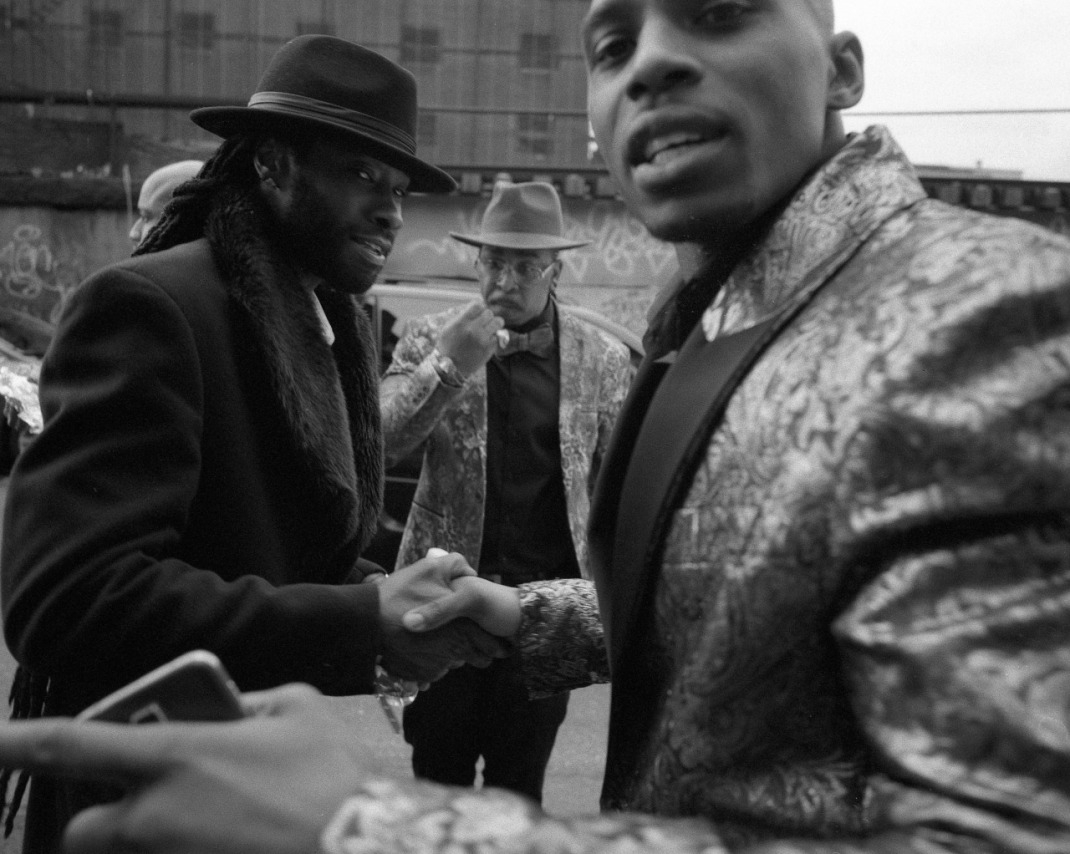 Today, I am excited to introduce an extremely talented street photographer by the name of Jon Walker.  The 23 year old New York based photographer has only been shooting for a few years, but by the look of his work, you’d think he was a 20 year veteran.  His images are carefully crafted and conceptually rich.  Jon was kind enough to take some time and answer some of my questions.

Can you tell us a little bit about your background and what motivated you to start making photographs?

I used to be a serious songwriter and guitarist, but a few years ago I started having hand problems that made it so I could longer play music. My life felt aimless after I lost my way of making art. I needed a way to create that wouldn’t be too hard on my hands. My uncle happens to be fantastic street photographer out in Denver–Joel Dallenbach (check him out), and my grandfather loves portraiture, so photography runs in my family. I remember being in high school trying to choose between music and photography. At the time I chose music. Now life gave me a chance to try photography. John Lennon has a pretty killer quote, “I’m an artist, and if you give me a tuba, I’ll bring you something out of it.” That’s the way I approached my camera those first few months. I was just trying to get something out of it that brought me pleasure.

What drew you to street photography in particular?

There’s a rush you get when you take someone’s photograph. I don’t know why. That feeling is initially what hooked me–I knew I was doing something out of my comfort zone. Now I think about street photography as a kind of theatre, and the negative an object that I need to pack as much life in as possible (or emptiness, sadness–some essence or another). I remember the first time a photograph that I took made me laugh–it opened up a whole new world of possibilities for me about what a photograph could do. There is also so much strategy that goes into shooting well on the street, but it’s all instinctual. Somehow, through simply being on the street long enough, staying engaged, you snap into the rhythm of what’s happening. That appeals to me. Being a photographer also gives me an excuse to talk with anyone, which can be very freeing when you’re in the mood. 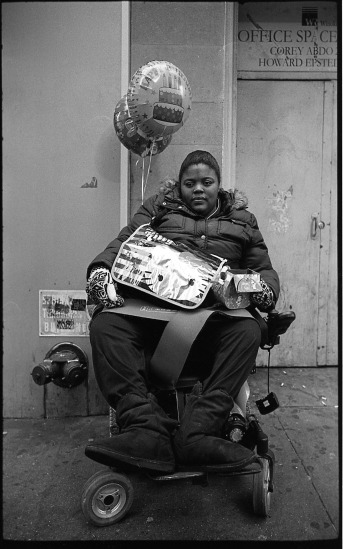 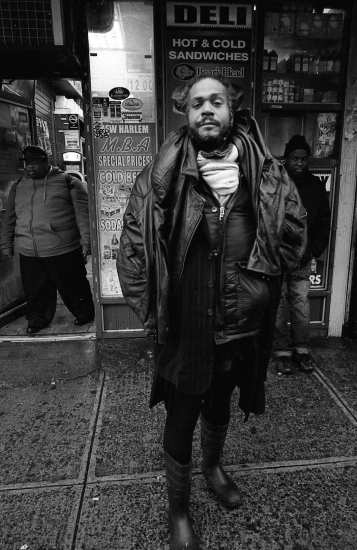 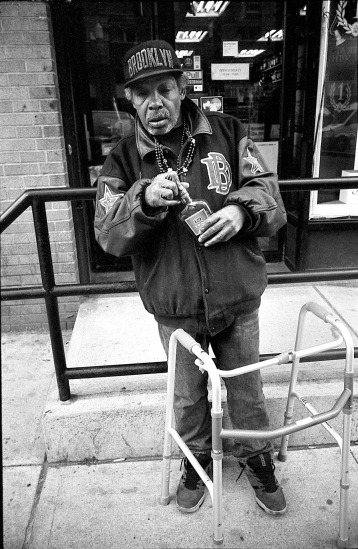 The physical negative is really important to me. I don’t like technology (laziness? inertia?) which is part of why I shoot film, but film can be a complete pain in the ass. Like a few months ago I was developing really important work that I had shot in Newark, NJ that day, but I was using bad fix (the stuff that makes film no longer light sensitive) without knowing it. A few days later I saw that almost all of my film had fogged noticeably. That sucks, to go through all the work of getting the picture only to screw it up with bad chemicals.

The moment when you first unravel the film after developing it is fucking magical, though. There’s simply no way to describe it. Shooting 36 exposures can take 5 minutes or 5 hours, depending on the intensity of your session that day. Remembering all of that intensity, the rush of each picture and, occasionally, the danger of going for a shot, it all comes together when you first unravel the film. If I could just check the back of my camera to see if a picture came out, I would never understand that feeling. I want to shoot in color, however, so I can see myself someday shooting digital. I know switching mediums will change my relationship to photography, though, and I’m not ready for that yet.

Who are your favorite photographers? 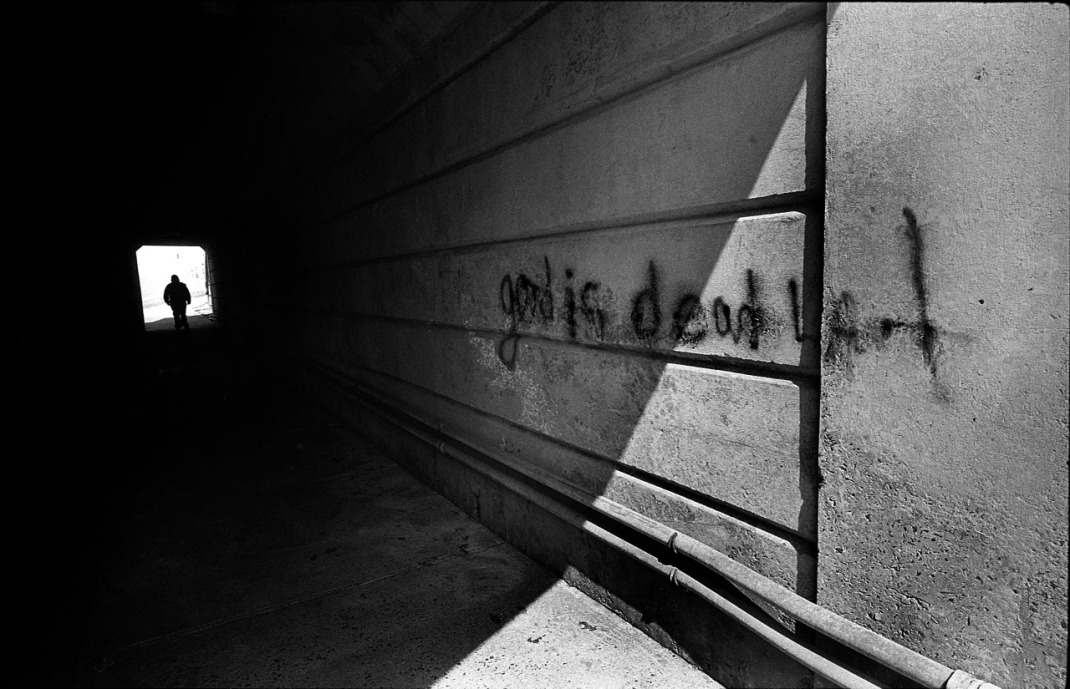 The country is going through an interesting time right now and your work definitely has elements of social commentary to it.  Can you tell us a little bit about what your work is conceptually informed by?

I believe people are just trying to do the best they can with what they have–that is the foundation of my work. I make friends with everyone I photograph, even if it’s just through the viewfinder, even if there is no verbal or acknowledged interaction. Everyone is drawn to a different style. I want my photography to be messy and diverse, like America, like New York. Sometimes I have to be rude in order to get the photograph. Sometimes I have to convince people through sincerity, respect, and honest praise to let me spend a few minutes photographing them. Different approaches result in different kinds of pictures, different situations in which to photograph. My work is informed by the fact that when I walk down 5th avenue in Manhattan, I see a homeless man pissing in a bottle underneath a blanket just to get by. You can’t not see things as a photographer. You have to see everything and choose what to show people while still hinting at what’s not in the frame. 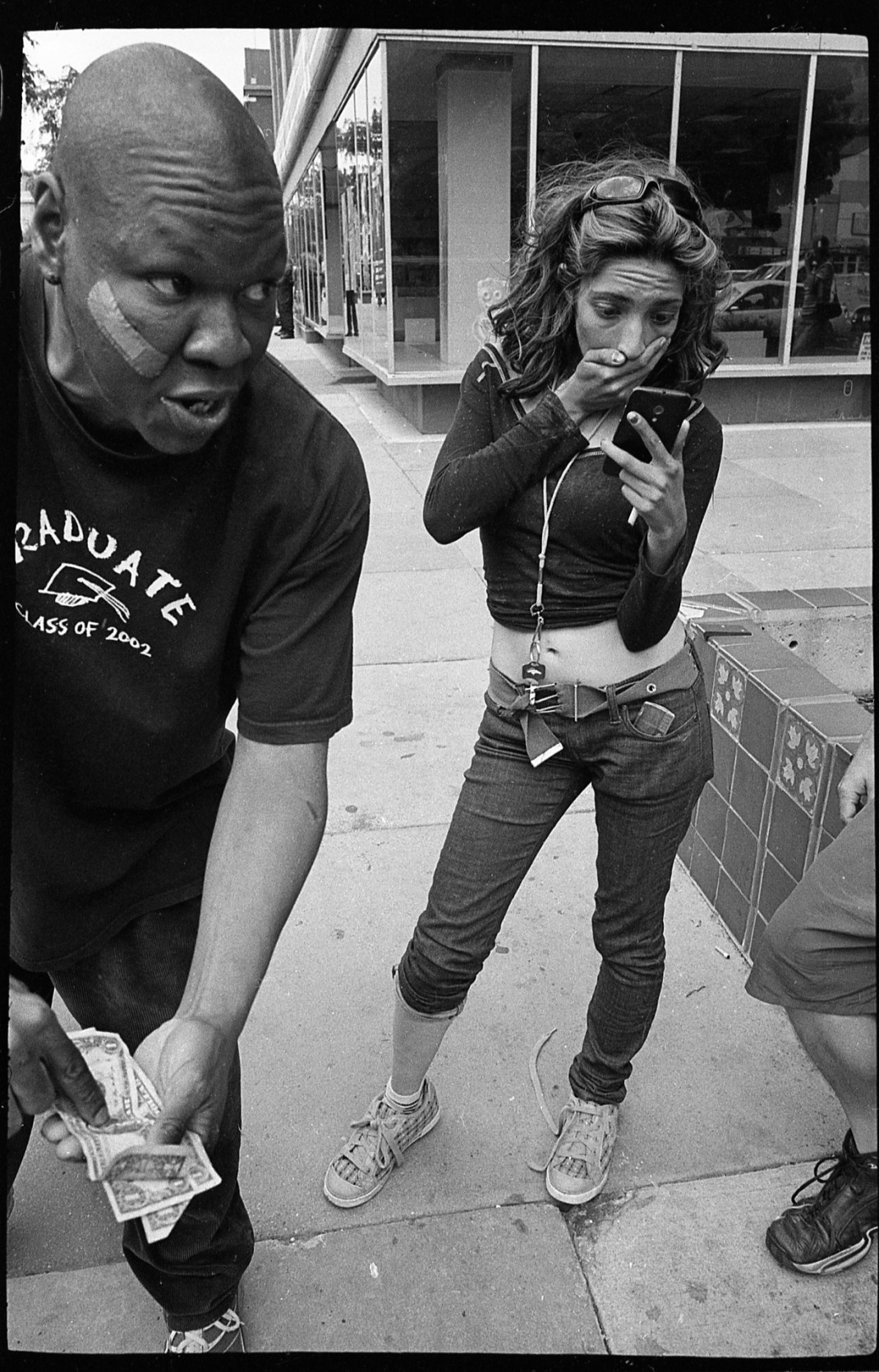 I’m super fascinated by the image of the man pointing to the wad of cash in his hand and the woman with her hand over her face filming something.  Can you tell us a little bit about what’s happening in this image?

I would love to off the record, but I would feel like a magician explaining a trick doing it here. I will say, however (and maybe this will hint at my approach for this photograph), that the man’s name is Jerome. He has been shot twice and had served nearly a year in county jail. He had been assaulted by gang members a some time before I met him, which is why there is a band-aid on his face. Jerome loves to sing, loves his grandmother, and loves God.

You’re currently working to fund a cross-country trip — Can you tell us where you’re planning to go and some of the conceptual things you plan to explore during the trip?

I’m thoroughly convinced that there are certain aspects of our society that I may only be able to document now, in my early 20’s. Your appearance and identity as a photographer has a big impact on how people react to you when you photograph or ask to spend time with them. That’s just a fact… it’s good and bad. What I’m trying to figure out is what story I might be able to first access (which is the hard part) and then show that is unique to me; what can I access, both in myself and in the world, that another photographer couldn’t? As of now, I think a large part of my trip will focus on documenting millennial culture, again in as diverse a way as possible. This is also a pretty crazy election year, so my work will also be informed by how polarized our nation has become and again by my belief that, “people are just trying to do the best they can.” Even when I meet people with entirely a completely different ideology than my own, I will do my best to remember that and act accordingly. 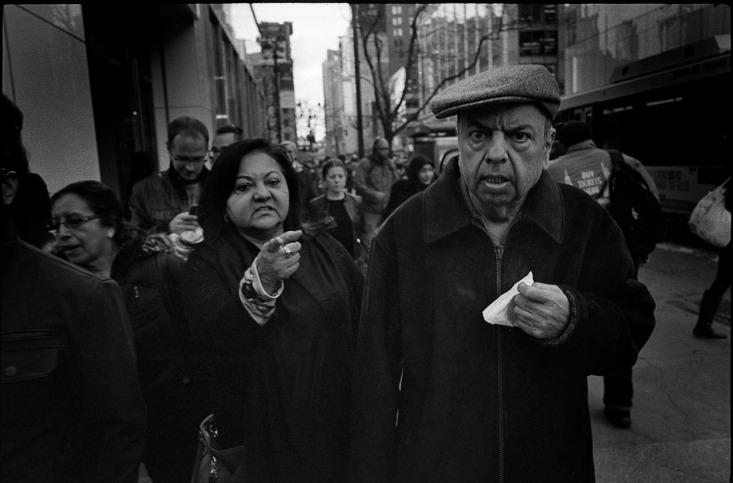 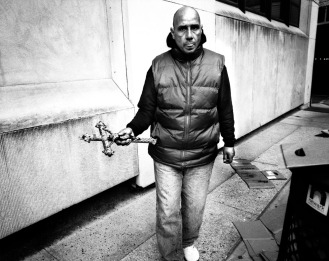 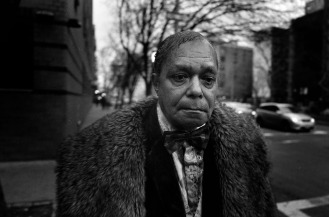 What are you most excited for and what makes you the most nervous about photographing cross country?

I’m really nervous about not being able to develop film on the road. I’ve found a way to process some of my film in a developer that doesn’t require strict temperature control, so I’ll at least be able to check some of my progress. I’m also nervous about being in cities that I don’t know–you have to be smart on the street. Piss off the wrong dude, take a picture of the wrong thing and you’re in trouble. I’m nervous that I won’t find what I’m looking for, that I’ll be aimless, or cowardly in my picture taking. I’m scared that I don’t have enough in the tank, or the bravery built in to pull something like this off.

I crave the feeling of purpose in my life that I only get when working on a really consuming project. I’m excited to feel alive in the freedom of being on the road in my 20s with a camera and a ton of film to shoot.

Thank you  so much for taking the time to answer my questions.  Any parting words, or words of advice for aspiring photographers?

Be brave. Don’t be stupid. Respect everyone but don’t be afraid to make an unflattering picture. Love yourself. Be patient.

Jon is currently working on a gofundme page and selling original prints to fund a cross country photography trip.  I purchased several of his prints and they are absolutely stunning.

If you would like to support Jon’s trip, you can find his gofundme page here: