This series will be accompanied by a grid of another group of photographs of lips. Moriyama to the max: we see a face staring from the page of a discarded newspaper, the glossy lips of a billboard model, a woman’s profile reflected in a train window. As always, he captures the palpable energy of the places he frequents. The photographs pieced together serve as the fragments of an obsessive mind, as if Moriyama wants to create his own private reality. Although often claustrophobically cropped, his images always pull the viewer in, and we find ourselves a part of this solitary, wayward expedition. His pictures come together to form a cohesive story of many times and many faces – a mad journey across decades in search of peace, forgiveness, and recovery; in search of Japan. – Michael Hoppen Gallery 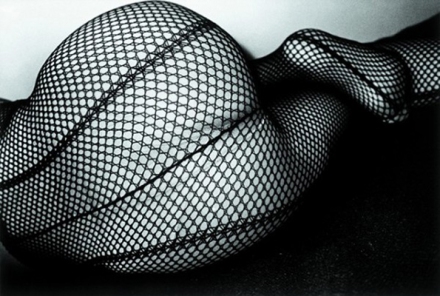 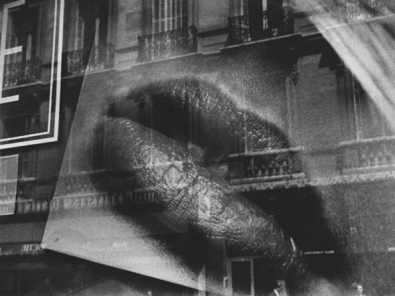 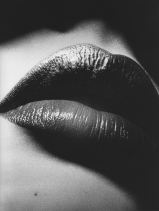 Daido Moriyama (Japanese, b.1938) is a prolific Japanese artist, well-known as a photographer, graphic designer, and writer. Moriyama was born in Ikeda City, Osaka, Japan. He studied photography at the Takeji Iwamiya studio in Osaka before moving to Tokyo in 1961 to meet the members of VIVO. Moriyama became an assistant to Eikoh Hosoe, and gained access to the Tokyo photo world through this position. – Artnet